Olivia is a Citizen of the United States! 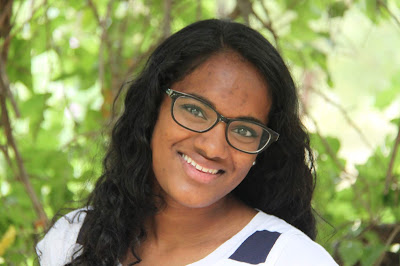 This beautiful girl is one of the newest citizens of the United States! 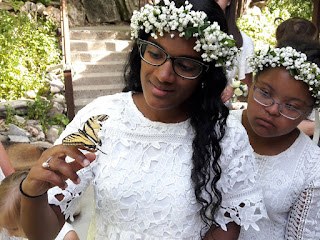 Her citizenship approval is actually part of our journey to take our family to Tonga in about 10 days.

Early last year, Deanne felt very impressed to get passports for all our children.  There were no immediate plans to travel out of the country. Why spend over $1,000 on passports with no specific travel plans?? Because she just had a feeling that it needed to be done.  I learned long ago that we go with Deanne's feelings.

Most of the other children's passport applications came back without a hitch.  Olivia's was delayed.  At the same time we applied for a Certificate of Citizenship to the USCIS. Getting a passport or the Certificate of Citizenship would declare her a citizen. Last February we applied for both hoping the documents we had were enough. Then came a phone call from the Department of State, who issues passports, from the agent requesting more documentation to connect all the dots from her orphanage in India to her entry in the US with her first family when she was 3.  We had the adoption decree to our family when she was 9, but the Department of State was requesting documents we didn't know existed anymore. To make a long and very emotional story short, we obtained what we needed by May 9th.  We immediately sent those in and still didn't hear anything for a months. Olivia turned 18 in June and we were concerned that she would get denied again, or worse, get deported for not having a green card or citizenship. With a passport she could prove citizenship.

We asked for an update in June...crickets. By August, the feelings of urgency were getting stronger and stronger.  We called the general Department of State number in early September to find out status of Olivia's application.  Within a day or two the original agent that went dark on us in May miraculously emailed and said she would call us in an hour.  She did and the passport was approved!  Wow - what a relief! In more than one way Olivia's passport was an answer to prayers. We had the passport in hand in about a week and everyone was ready to travel out of the country.  But where and when?  As the Lord knew all along, we are scheduled to go to Tonga on the 19th of this month.

Even with the passport Olivia still needed to get her Certificate of Citizenship for several important reasons including getting a drivers licence, applying for scholarships for college or even to avoid challenges serving a mission or getting married. After a full years wait and pretty much giving up on the process the approval letter came. There was one problem, it had a swearing in date of February 26th, after we would be in Tonga.  We sent a request to expedite the swearing in date before we leave for Utah on the 12th for Pierce's wedding.  Another miracle happened and they called us to come in two days later, last Friday. This was a miracle and great blessing!

As a side note, the Oath of Allegiance that Olivia had to make for citizenship was very enlightening.  Deanne and I both wished that every young person in America would have to take that oath.  It wouldn't hurt for all of us to review this every few years in our adult life.  Here are photos of the card Olivia was given with her certificate of citizenship - both sides. 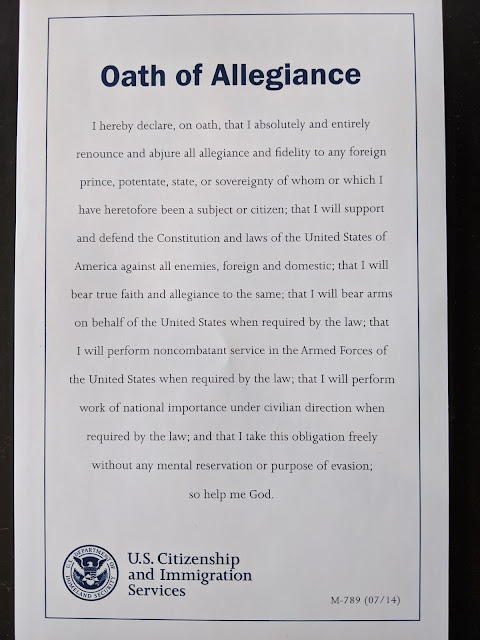 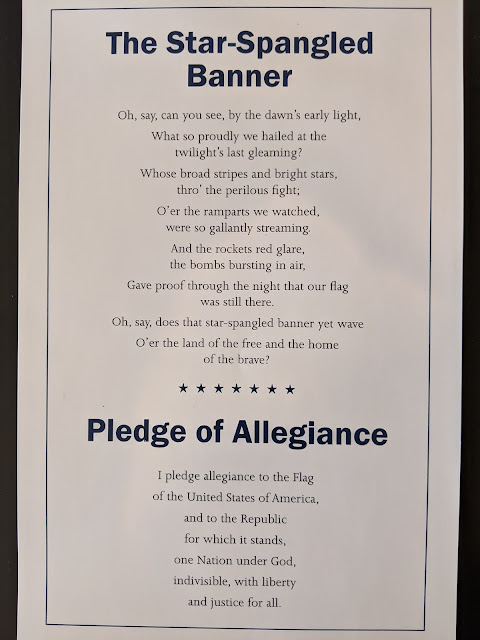 Popular posts from this blog

February 02, 2020
We are back from a 4 year hiatus from this blog.  We have felt very strongly that we need to get this updated and keep it going.  You can catch up on some of our happenings on our Facebook page at https://www.facebook.com/deanne.walker.5621.

We updated our family picture, which is outdated again.  We have added 2 wonderful daughters through marriage.  2 more grandchildren and there are 2 more in the oven.  By September we will have 12 grandchildren.

We are still in Missouri. We have 21 children now. We just adopted our most recent little boy this year.  He turned 3 in December and it has been a huge adjustment for us. You've heard the term "baby-proofing your house", but 3-year-old-proofing your house is a much bigger task!

Our son, Pierce, recently returned from a mission for our church in October.  He spent 2 years in Thailand teaching the gospel of Jesus Christ and loved every minute of it.  He is actually now engaged to a beautiful girl he referred to as "the b…
Read more

Little by little, this is becoming home! 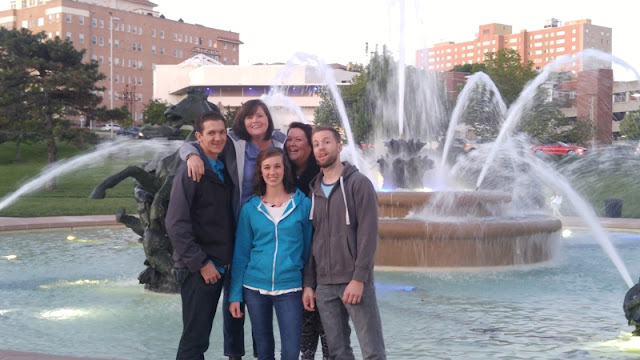 Look who followed us back to Missouri after our trip to Utah last month!  Here is Deanne with the crew during a night on the town.
We bought this home as a 4 bedroom home.  However, there was an office downstairs that is now a bedroom and there was an attic space that they converted to a huge closet.  We added this dormer window to that closet and it will soon become the favorite bedroom in the house.   Casey, Hyrum and Simon have claim to it as soon as it is finished this week.

Simon getting his first riding lesson from a good friend.  She comes over a few hours a week to give all the kids individual lessons in exchange for boarding her horse here.  This is her horse, "Lady". Ressa and Charlie having a ride on our horse, "Fannie Mae".  Of course, when we get another horse and it happens to be a male, it will be called the only thing a mortgage banker would name a companion to Fannie Mae.. obviously, he will be Freddie Mac.
Mom mowing the front yard and ....
p…
Read more

It's a Wonderful Life